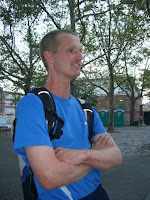 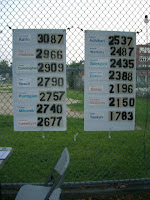 He will be the first to cross the finish line. But it is a place he has known so many times before. And too today, he will drink once more from victory's cup, a sweet reward that he has drunk from 4 times before. The sheer weight and scope of his numbers can baffle and astound, any and all, who have ever attempted the art of running. For those who have watched at his elbow, or sought his progress from the other side of the world. No matter who you are, either casual or serious. If you have ever laced up running shoes, you can and must be impressed at this slight and gentle man from Finland.

We who are shocked at what he can do in one day, and yet he goes on and on for 44 more. Each day he averaged 70 miles. Each step seemed light as a breeze upon a sleepy meadow. Yet most would see his journey, as one done down a merciless path. On the relentless and hard sidewalks of New York. Nonetheless he pranced and ambled and skipped along each day, and seemed all the way, to be slightly above the cares and woes of the city, that rushed with abandon, to and fro, through each single relentless day of his. One that began before the world around him woke, and ended long after, they sought the solace of their beds.

Asprihanal, asked for so little, and yet gave so much to those around him. Yet he did not do it for us, and one can also safely say, he did not do it for himself. He did it for the one, who inspired all the brave souls to come to this place, to take this impossible journey. He did it for the one, whose light and love is perpetual, not just at this sacred oval, but wherever there are those who seek the divine within. He ran this long journey to please the one we can no longer see in this world of ours. Yet he is still safely in our midst, whether comforting the tears of our failure or celebrating, in the glories of our transcendence. He who is always within our hearts, Sri Chinmoy. 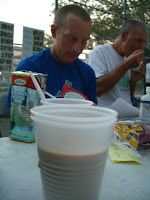 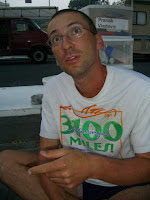 These two will be next, to take their final steps, here at the 3100 mile race. They both will do personal bests, if all goes well, and rightly claim their crowns of self-transcendence. 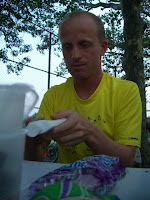 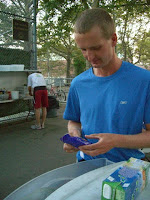 Ananda Lahari, it is safe to say has found the joy in his legs once more. His heart's joy has never faltered.

And when our champion arrived this morning he took the time to greet and encourage all who would have to carry on, to complete their most difficult tasks. 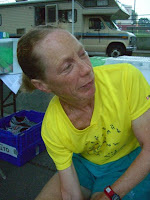 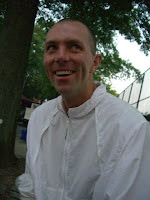 Whether you have come 11 times before or this is just your first time. The journey is so incredibly long, few would believe you have done it all. That is unless they came and saw you circling here, round and around.
Why does she look so fearless, and why does he smile. So many mysteries and unfathomable truths on a scant half mile of concrete. 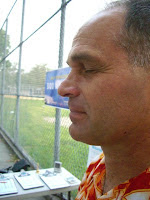 And so he stands at the starting line one last time. In just over 2 hours he will be calling it his finish line. 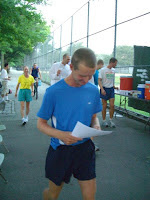 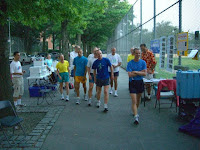 He starts this day, as he does most, scouring the result sheet. But what can it possibly tell him that he does not already know. He has just 13 miles to go. Rather, what takes his interest, is the numbers of those around him. Of those who have been such an integral part of his journey here. Of his brothers and his friends. How well was their yesterdays, and how many more tomorrows will they have. 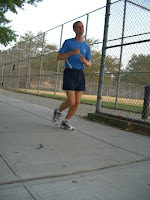 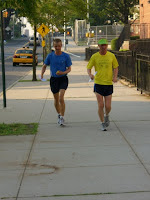 So often he runs alone, because he runs so light and fast. Yet they all hear his footsteps and his jokes, and the only words he seems to have, are ones that are kind and make you smile.
He tells me how happy he was here last night. He also tells me of days in which the happiness seemed just beyond his grasp, and yet miracles both small 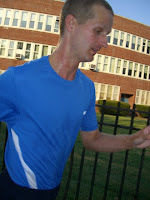 and grand came to light up his face and his heart once more.

How that his doubt would fly away from him, like the great bird of prey that once soared across his mind's horizon. How he once had dreams of the great and tranquil outdoors, in which nature's world demanded nothing of him and he demanded nothing of it. Yet in an instant, a raccoon ambling on the path in front of him, startled him from his flight of fantasy, Brought him back to the earth, and his task, and his Guru, ever present in his heart who could show him transcendence on every plane. 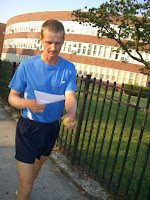 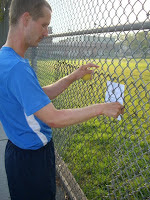 Here he carries today's prayer. Each day he has been putting it up on a fence, on the far side of the course to inspire others. The first few days the caretaker would take it down, but Asprihanal kept putting it up nonetheless. Eventually the caretaker saw a greater magic being played out around his school and left it there all day.


He recites this prayer.


Tributes from his fellow runners. 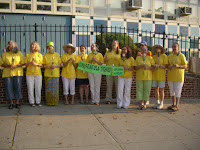 Parvati's Enthusiasm Awakeners were so happy to receive flowers from the runners. They had special prasad for Asprihanal and sang for him as well. 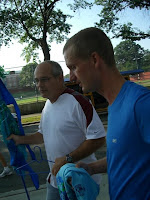 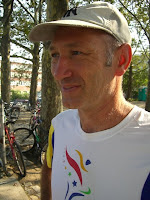 And so come the brief final laps. Some know more than others what it took to come and be at this place. 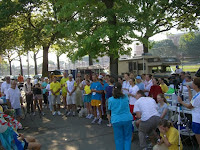 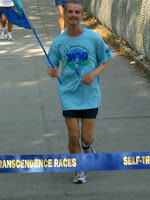 There are songs, and crowds, and celebration. All because he stayed out here for 44 days 2 hours 42 minutes and 15 seconds. Not an eternity but close to it, if you have run 3100 miles over 8 long summers. This mileage, by the way, is about the circumference of the earth. 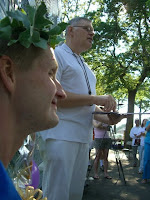 Sahishnu will speak of him in glowing terms. This 122 lb flying Finn. who never complains and never gets blisters. The final words belong to the best author, and the inspirer of all those who run here, both on the course and in their hearts. 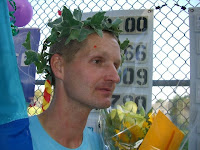 The Human in me loves to live
The Divine in me lives to love
Guru Sri Chinmoy
Posted by Utpal Marshall at 3:21 PM

Congratulations to Asprihanal on a momentous achievement. Most of us mere mortals can only marvel at your accomplishments.

Asprihanal is the champion of champions. Every runner on earth owes him a tremendous debt of gratitude for his superlative self-transcendence achievement.