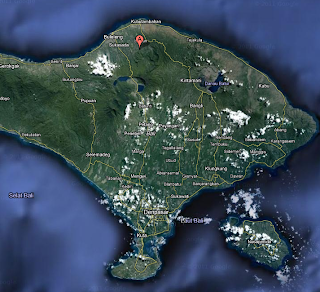 It was just a tiny inconspicuous speck on the map.  It hardly seemed like it was worth the effort, to take the long and  rambling drive in order to get there.   Still, a World Harmony Run was going to take place, and these events always have the unique capacity to open doors and generally inspire and surprise you in ways you could not ever imagine.

The trip there though meant trundling for several hours over the mountainous Balinese terrain, in an on again off again rain storm.  The day was so damp and gloomy I began to feel my enthusiasm gradually diminish with each new bump and sharp turn.  There were moments when I thought, that if there was going to be a silver lining to the long drive there,  the cloud was taking its time to reveal its hidden dazzling charm. 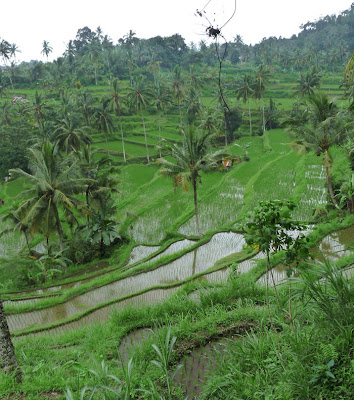 The Bali roads are narrow and winding and even a half hour trip on them can seem so long,  little alone one that smothered us for several hours in a soupy fog.  On the map least ways, Sudaji Bali was a miniscule dot surrounded by miles of undulating green.  It is far, far from all the pristine beaches, and it is not serenely tucked beneath the rim of a silent volcano.  The scenery is not manicured or extraordinary by Bali standards, and it has no picturesque temples or monkey forests.  It has never been featured as a must see place in Lonely Planet guide books.

It is not a place I had ever heard talked about, and if I were really asked to describe it now, there really isn't much to say, other than, you must go and see it for yourself. 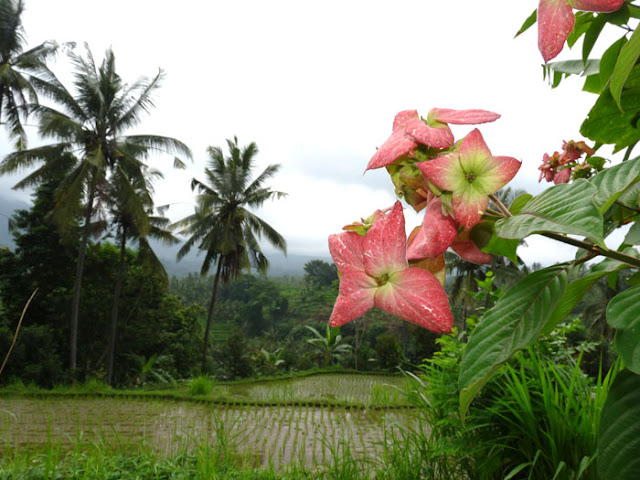 My brain was filled with but one clear emphatic thought, "Don't do this."  Emblazoned from the very beginning, to the very end of the horizons of my mental landscape was one firm belief.  It was written large and printed in a bold font.  There was no nook or cranny for any other idea to grasp a tenuous nibbling hold.  I could examine the foundation upon which it was firmly embedded.  It was straight up rock solid common sense.  It would be both foolish, and dangerous to attempt such a thing.  I had calculated and examined all the possible outcomes, none of them would lead to anything other than failure.   It was unequivocally a doomed plan, with absolutely zero chance of a positive outcome. 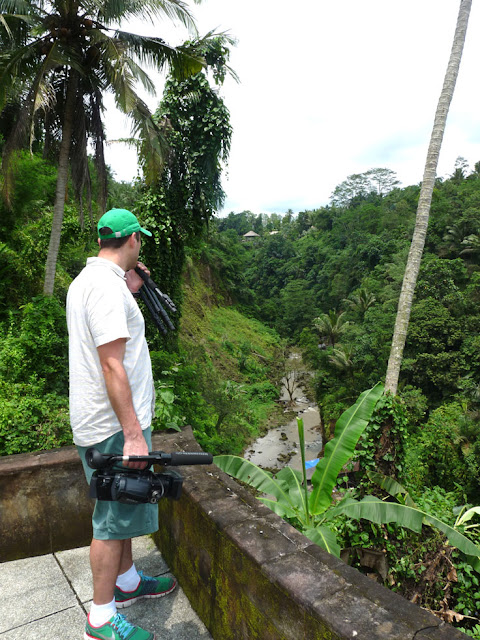 Padyatra spent perhaps 10 seconds or less peering over the precipice and simply said, "Oh, come on," and hopped over the stone wall.  In a moment he was skidding down the nearly vertical muddy trail.  One with no steps, no stone ledges to pause, just slippery mud with a meager selection of hardy vines or branches to latch on to for safety, if you were lucky.  For a while I could hear him sliding, bounding, and letting out the occasional 'whoop' as he slithered out of sight.  I really had no idea how he could physically do it.  In one hand he was carrying a $3,000 dollar camera and in the other a large tripod. 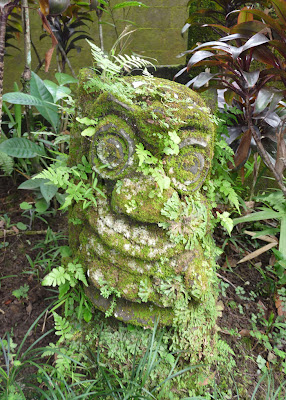 I looked down at the sandals on my feet.  I was quite certain that it wouldn't take long for them to mangle my feet to shreds, long before I hit the bottom.  I had equipment as well, but not nearly so expensive and burdensome.  Than suddenly, like a traffic light, that just blinks from red to green, I found myself clambering over the wall and beginning my own foolish descent.

Cursing silently, and perhaps more often, with a great deal of vocal vigor, almost every slippery yard.  It was treacherous going down and around, each and every tangled sliding step and turn.  Why I committed to such foolishness I am not quite sure.   In an instant I seemed to suddenly have no options, other than to go.  I had said goodbye to logic, leaving it parked tidily and alone on the ledge above me, where I had been so certain and so content just moments earlier.

It was bad from the very first moment of my descent and than quickly escalated to very bad.  If I hadn't been such a wimp I would have taken pictures on the way down to prove this point.  You will have to take me at my word, and if you ever run into Padyatra do not believe anything he has to say about it.

He had somehow enticed or convinced me to do this crazy thing by saying, that the sound, screaming out of the deep gorge below us was probably coming from an archeological excavation team.  Certainly you could just see some men, working under a cliff on the far side of the river.  I found this observation to be just completely impossible to believe.  To my ear it sounded just too much like the nasty screech, my own 2 stroke gardening machines make, when they attack the urban landscape in Queens.  What it sounded like to me was the interminable and relentless racket of men cutting stone.

I have never claimed to be much of a tourist.  Laying on a beach for me is simply not my idea of good time.  In fact I would prefer to head in the complete opposite direction if someone mentions typical vacation activities.

One day while in Bali I was invited to drive into Denpasar and visit the night market.  Now for me that qualifies as perfect adventure.  We parked on a little road not far away and already you could sense the gathering energy of the shops and people who sell and make the necessary staples of Balinese life. 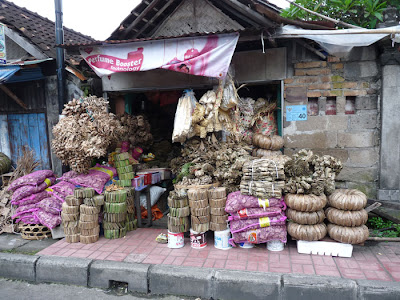 But it is people and how they mix and flow together that really interest me.  So much was going on my friend Padyatra and I were almost invisible...almost.  We could take shots without hesitation and breathe in the rich and vibrant atmosphere. The market was crowded and yet everything here worked and moved smoothly.  The simplest way to carry your goods is to place it on your head. 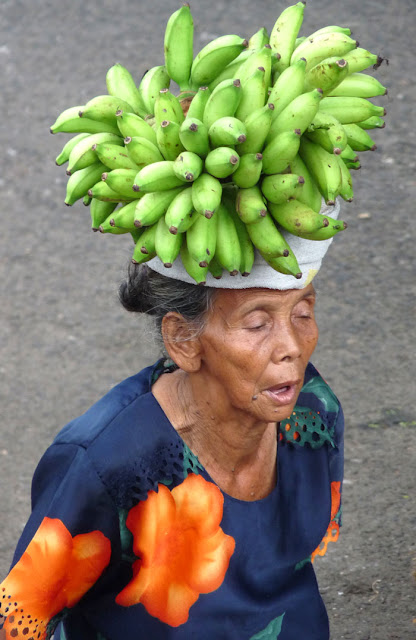 Read more »
Posted by Utpal Marshall at 7:33 PM No comments: 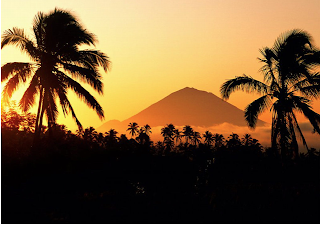 I was there and yet somehow I wasn't. A quick early morning inventory of all my various bits and pieces provided me with sufficient proof however that the sum total of my being was theoretically still intact. A look in the mirror while shaving verified that the grizzled apparition looking out was definitely still me. Yet I couldn't shrug off the nagging suspicion that something was definitely amiss deep inside the inner workings of my little world, Utpaldom.

It was easy to come to grips with the striking realization that I had woken up in a distant land, far far from home. Gentle palms swayed in a sultry tropical breeze outside my hotel window. It had taken me 26 hours and I had traversed many thousands of miles to get here. I was now, in point in fact, clear across on the far side of our lovely planet. 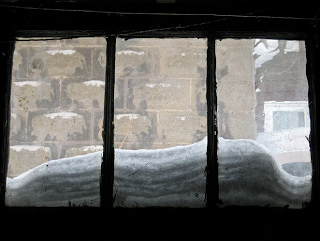 The view from my window at home has always been just a notch above subterranean. While there, I had become a prisoner to winter, with crusty snow piling up. Nearly obliterating my miniscule view of the outside, which I cannot see much of even at the best of times. But that particular reality, of home, of New York, of ice and snow was quickly fading, like a cloud skittering away from the face of the bright sun.

My regular past, which I had recently fled from, just a day ago, was being swept away by all the sunbright optimism which is Bali. My existence now was poised in a place which fit snugly into my personal conception of heaven on earth. I could clearly recall how I got here, to this place of incredible natural splendor. Yet somehow, in a strange contradiction, I could not quite get over the notion that everything within me had not settled somehow back into a natural order. Truth to tell, I wasn't exactly sure how to put the scrambled elements of my being back together again in harmony.

Read more »
Posted by Utpal Marshall at 5:41 PM No comments: