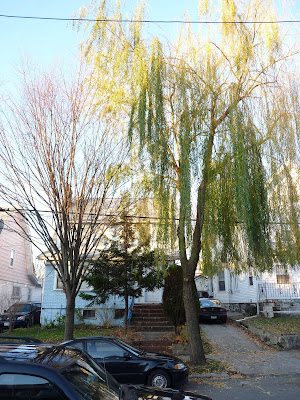 I call it my tree but I have no real right to say this. It is a audacious declaration that most of us spout when we try and make claim to something that is essentially divine.

In fairness we may have some justification for claiming dominance over simple material things like bank accounts and shoes, but certainly not to things that exist outside of ourselves in the timeless natural universe.

For a brief time, as I carried it home from the garden center, and it poked its meager foliage outside the confines of my trunk, it was all mine. To the drivers, who spotted the wisp of fluttering greenery, moving sedately along the Van Wyck expressway they could say, "heh, there goes a guy taking his puny tree home from Costco." I had after all, just dished out 35 bucks for a pot of dirt and a slender twig, with about the same height, but none of the sturdy dimensions of hockey stick. 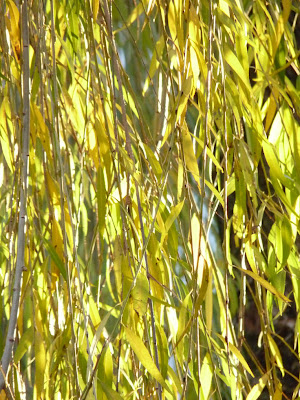 15 years ago when I moved into my small room in Queens I had big plans. I had forsaken what I had identified as the wild natural splendor of Canada, for the urban wasteland which is New York city. On my block there were but a handful of nice big trees. Ones, that if you really looked up at them you could exclaim without hesitation, "Wow."Most of the newer trees appeared to be not much more than runts and looked as though they had a tenuous hold on surviving for another season, let alone grow tall and strong for decades more.

There was scant evidence that the street, not too many years earlier, had once displayed in summer a proud and grand canopy of green. The best and greatest tree on the street, was a stately ancient maple. The grand reach of its limbs was impressive. Its gentle shade spread over innumerable cars and homes over many hot summer days. It succumbed quickly in the aftermath of negligent sidewalk repairs in my first year on the block.