Now it is Time to Run 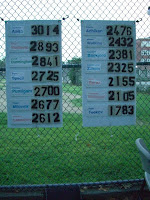 Tomorrow Ashprihanal will be the first to finish this long epic journey. As a measure, of the champion he is, he ran over 72 miles yesterday. But he was not alone in posting big miles. Pranab and Grahak also ran more than 70 miles Sunday. The goal is not just in sight, it is just a few steps away. 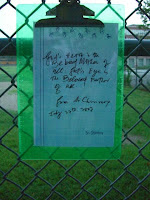 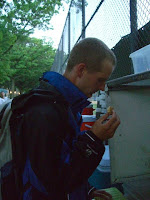 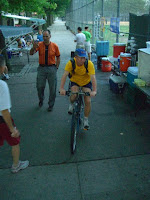 Asprihanal could have easily given himself a much easier day yesterday, but he did not. He ran more miles yesterday than anyone other than Pranab, who ran the same amount. 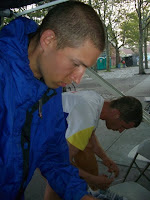 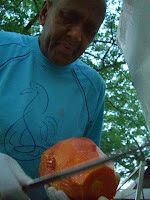 Diganta, who has learned all there is to know about Harry Potter, ran 57 miles yesterday.

And Vajra, who knows these things, cuts a papaya just so, and saves the seeds for some. Who feel they help with their digestion. 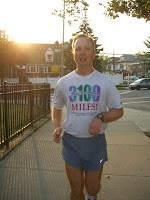 Stutisheel turned down his jets a little yesterday. by running 64 miles. In Greek mythology there is a character named Icarus, who had wings made from feathers and wax. When he flew too close to the sun, his wings melted, and he fell to the earth. As Sutisheel describes his previous days, in which he flirted with 7 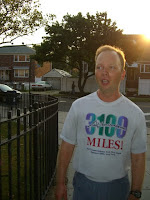 0 miles, he reminds me of this fable. He says this mileage, "was too high for me, too much for this body, so far." And so he has backed off to where his body can function most efficiently.

He has nothing but positive things to say about the other runners. He calls Grahak, "a rising star." Pranab he is also most impressed with. He says he feels good and that now he is counting the days till his finish, which could well be in 7 days time. He says that the odd thing that happens after the finish is that he then counts the days in the other direction. How many days since he completed the race. 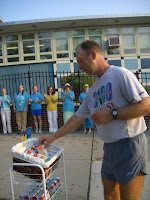 It is now a belated First anniversary for Parvati's Enthusiasm Awakeners. They are one year and one day old today. Parvati tells me how excited the runners were with their gift bags yesterday. They each had a name on theirs and would call out with delight when 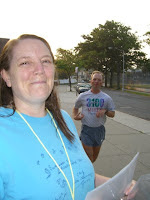 Stutisheel hefted his over his shoulder like a Santa Claus. Parvati cannot chat long and is quickly back in the act of singing, but she wants to share with me an important thought, about her group singing here, and all the attention that Sri Chinmoy gave her and the group. She says, "I would not have received a fraction of the grace if it were not for them, the runners."

Looking and sounding none the worse for wear, at 1 year and 1 day. 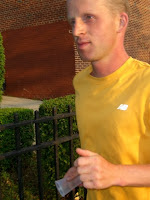 Ananda Lahari has somehow sprung back to life. He ran 62 miles yesterday his most in 2 weeks. He tells me that he had, "days and days of no running." He was vexed with first shin splints, and then low energy. The shin splints were cured eventually but his recent malaise seemed to be reluctant to be cured. 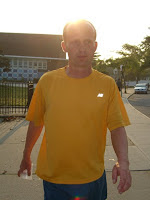 me that Pranab was the one who came up with the cure. It is the same one which helped Stutisheel who was suffering from poor liver function. It is MCT oil which is an extract from coconut.

It turns out that Charlie, who is an osteopath thought he was not having proper digestion of fats. When Pranab heard this, he thought that the MCT oil would work. Ananda Lahari 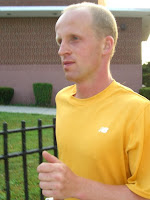 describes an almost miraculous turn around. After just a few hours he was able to run again.

He describes that for him an average day should be 111 laps. Yesterday he completed 114, but also says, that for 10 days last year he was able to run 128 laps a day. He is enthusiastic about the less than 700 miles he has yet to run. He says, "I can do it, now it is time to run." 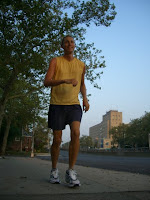 has a little more pressure on him than most of the runners. He is on track to finish the race, but at his present pace, he is in danger of missing his flight home to Austria. He has apparently done the math, and no matter how you look at it, it will be tight, very tight.

As he calculates it now, he will finish the race, and then have just 6 hours to catch his plane. That is, if he does, as he says, "60 miles a day for the next 10 days." For this to take place he will need to do 111 laps every day, and as he says, "You can't have pro 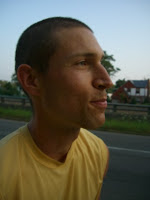 He tells me that he is getting a lot of support from friends and colleagues back in Austria. He says, "the support helps." We somehow get on the topic of his Mom, who lives in Innsbruck. Like most moms she is concerned about his health, but also, that she is very proud of her son. Much to her delight, she has spoken about him twice on Austrian radio. 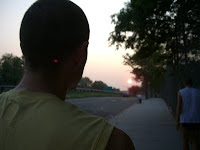 And since she just might be watching this blog, Diganta and I decided to send her this little video postcard. It's a little private, but if you too are a mom, or just wonder what a runner would like to say to his mom, give it a play. 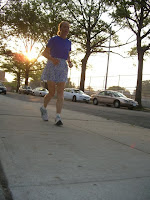 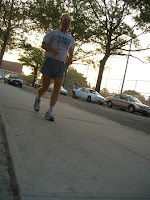 Is the dawn of time

Is the dawn of will. 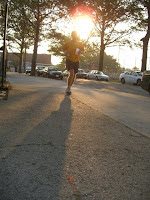 Is the dawn of aspiration

Is the dawn of Perfection 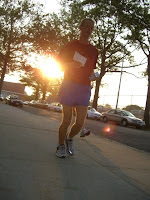 Excerpt from The Golden Boat, Part 4 by Sri Chinmoy.

Posted by Utpal Marshall at 4:42 AM

Hi Utpal,
you are doing a fantasic job!! I did not miss one of your blogs from the race!! Always inspiring. Keep going! Purna-Smarpan,Hamburg

Hi Utpal,
it's really great to read your blog. I have been at the race from race-day 11 to 24 an missed the inspiring atmosphere there. but when I read your blog, see the pictures and the little videos, I am back in New York. Thank you.