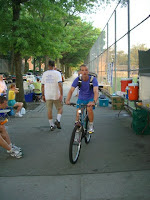 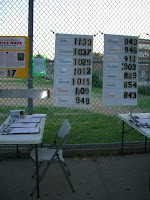 On this bright sunny Tuesday, the board shows that there are now 6 runners over 1,000 miles. This day will likely see, 3 more runners, join this exclusive club. When I ask Rupantar if this is news, he says that it is great but that the really big news is, that yesterday, for the first time ever, Asprihanal bicycled to the race. In all the years that he has run here he has never used a bike. Today he has added to his streak, by making it two days. 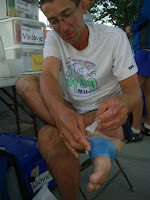 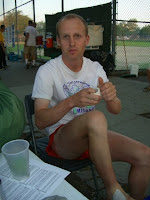 Ananda Lahari has a streak, he would like to stop, and that is the number of days he has had shin splints. He tells me with confidence, "I am getting rid of them."
Pranab, is running with renewed strength, after relieving his medical problems. He ran 70 miles yesterday, the second highest total for Monday. 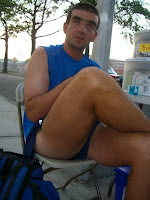 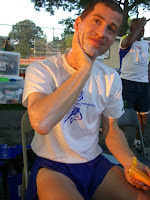 Pranjal tells me, "We have been running for days and we still have 2100 miles to go." He has been the model of consistency, running 60 miles a day. 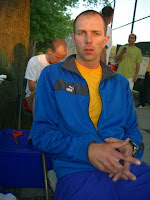 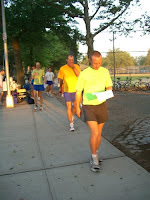 Pavol points to a toe of his right foot and tells me that his problem is there. Eklanta will treat him today and maybe it will get better. Grahak heads off on first his first lap of the day studying his totals. He is in 2nd place for now. Of the significance of running 1000 miles, he says in his calm way, "its a third of the way through." 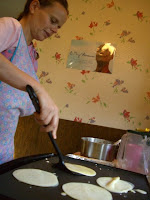 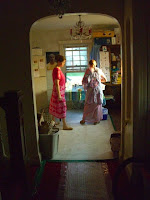 There is an incredible blend of delicious smells in the air, as I walk down the road, and approach the house, where the runners food is being prepared. The air is still, and the windows are open, and the slight breeze carries the aroma of pancakes and coffee and bread, all over the sleepy neighborhood. It is just after 6, and the 4 girls have been preparing the runners first snack, since about 5:30 this morning. 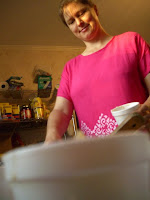 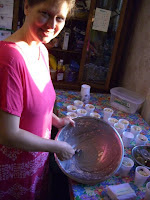 The girls have a lot of space to work with this year, they have of course have got a lot of food to prepare several times a day. I go into what was the dinning room and Sukhada calls out, "Who wants Muesli?"
Her name means happiness, and she is beaming as she prepares the muesli from scratch. She points to 4 cups and says Christopher has that many every day. 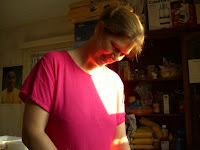 She tells me this is her second year here, but at first was reluctant to come back. She said that she had a dream in which a smiling Nirjharini asked her to come and she refused. She had a second dream in which again Nirjharini came, but lets just politely say, in the second appearance she was something less than pleasant. She said that this, turned the tide. When she had the third dream with Nirjharini smiling with joy that she was coming that solidified her decision. 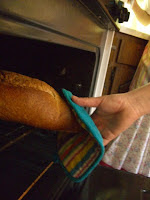 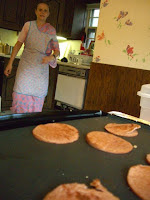 Nirjharini is managing the team, and recites for me the lengthy schedule of food items and snacks that goes over to the race like clockwork, every few hours. From early in the morning until quite late into the evening. It is a very long day for the cooks. I am trying to listen, and take notes, but there is a loaf of hot fresh bread coming out of the oven and I am in sensory overload. 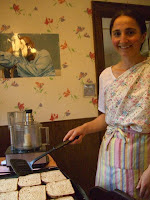 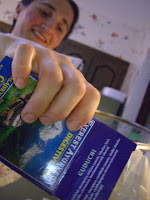 Huesniye tells me that this is her first year as a cook at the race. She says that Tirtha called her out of the blue and asked her, "do you like to cook?" She says it was like a miracle. "She organized everything."
Here she is preparing a large order of toast and making a new secret drink. A digestive tea that helps the sensitive stomachs of the hungry and tired runners. 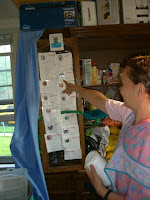 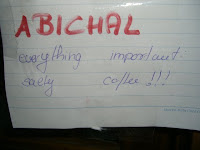 Nirjharini is well organized in knowing all the particular do's and dont's of the runners diets. She has them all on cards with their pictures attached. She tells me that on a practical level she needs to feed each runner about 10,000 calories a day. More importantly she wants the food to carry with it, " a gold mine of enthusiasm. The runners feel it." 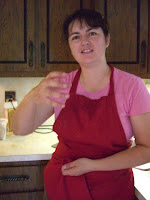 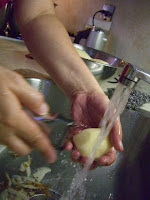 Anna is from Slovakia and she is peeling potatoes when I start to talk with her. She calls the race and her part in it all a miracle. She is inspired by it all. She also likes the idea of runners putting on weight. She tells me that Ananda Lahari has reported gaining 2 pounds since the start. She says, "If I can put weight on them that is good."
Someone tells me that if the they are happy it goes into the food. If the runners are happy from this offering this just increases their own happiness. "You can help them tremendously by putting love and devotion into the food." 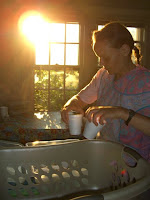 Nirjharini is clearly relishing the service her team is offering the runners. Sri Chinmoy encouraged her many times to be part of this project and she has not failed him in his request of her.
The cook's work is so crucial, to the success and failure of these 3100 mile athletes. It would be hard to imagine any kitchen, anywhere, operating with the sweetness, love, and inventiveness of this little brick house on Abigail Adams. 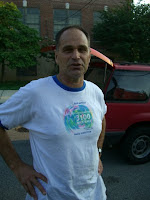 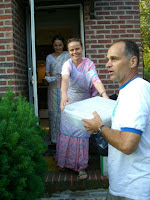 Rupantar has arrived for the first snack of the day, it is 6:15. He says that of the cooks, Sri Chinmoy said of them, "I admire them like anything." He says that he also requested of them, "cook for my golden children."

Posted by Utpal Marshall at 4:34 AM