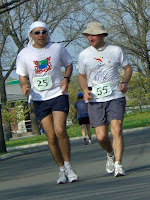 The Self-Transcendence village came to life today. 49 10 day runners, with various numbers of additional helpers, handlers and well wishers also have made this park in Flushing Meadow their international home. 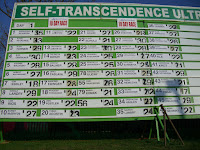 Of course the runners themselves are the true focus of all this effort and activity. For a first day it was more or less business as usual. The pains and aches are miles and hopefully days away just yet.

Where once there was just bird song now the camp resonates with every kind of sound. The one the runners want to hear most, is the snap of another new and higher number being placed beside their names. It is a music that only a multi day athlete knows and appreciates what effort and sacrifice it took to get each number there. 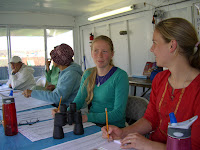 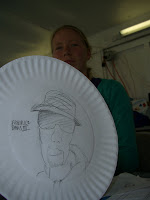 The team of counters are getting used to the many faces they may not have seen before, and search for names on their clip boards that may be hard to pronounce, or sound so similar it is easy to make a mistake.

faces of some of the runners as they go by. With in a few laps t 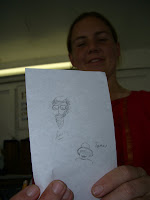 hese faces and names will become so familiar. They will notice the little things that make each so unique. And when they have got it just right, a new crew will come and take up those pencils and those clip boards and ask, "who are my runners?"


70 year old Don Winkley, from Corpus Christi Texas, is back after an 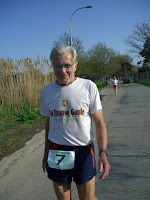 absence of a few years. He tells me that since first coming to one of our races in 1994 he has been to the Sri Chinmoy Self-Transcendence races in New York a minimum of 11 times. I ask what he likes about our races. He says, "I love the atmosphere." He says he goes to other races for fun, but at our races is the only place he can really do well. "All the pieces are here," he says.

I ask him what he remembers most about the presence of Sri Chinmoy on the course. He tells me that he liked most when he came and gave prasad. He said in the beginning he was embarrassed by this, and did not understand the significance of the gift. Then one day Antana gave him an apple that Sri Chinmoy had given her. H 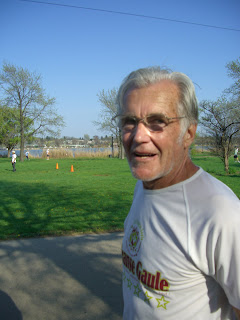 e said that act of generosity on her part made it all clear to him. He tells me that remembering this, "gives me goose bumps." He said from then on it became the part he enjoyed most.

He tells me some practical tips for those who would like to do multi day races. He describes an intricate and yet simple formula, protect and prepare your feet in advance before you have foot problems. His most important tip is always tape your feet before the trouble starts. He himself toughens his feet by walking barefoot on stones. In races less than 50 miles he also never wears socks.

The last thing he says about this race and the place he loves so much, "I hope the disciples carry on in the same way. I still feel his presence." 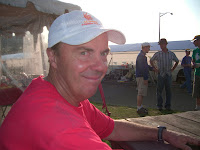 Nick is one of the New Zealand volunteer crew helping here. He says, "I am enjoying it very much. Always nice to have a start and no problems." He describes the village so suddenly come to life as dynamic and full of energy. "I am looking forward to the journey." 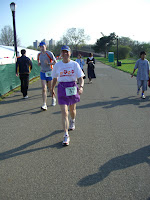 ti is a 61 year old runner from Canada. She describes herself physically has having, "a completely ordinary body." She tells me frankly that she has had not enough training and yet here she is again for her 5th race. She says, " I love it here, the place feels like home."

She tells me a story of how she became inspired to take on the challenge of distance running. A Father's day marathon was being held in Queens sometime around 1992. She was running near the course when Sri Chinmoy spoke to her personally and said, "What, not running?" She was 45 at the time and a new student and this was the first thing he had said to her. She says those few words changed her life. She tells me that in her day to day life this kind of thing, " I wouldn't have dreamed of it." But something spoke clearly inside her, "You belong here." She had found in distance running, a sport, to prove to herself that she could transcend herself in all aspects 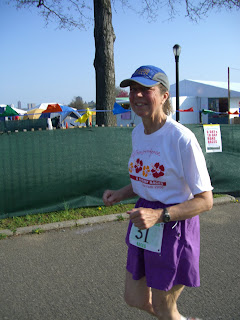 , inwardly as well as outwardly.

She tells me that on the course you have to live in the moment. If you concentrate too much on goals than you are unable to do this. She says, "there is only this moment. If you run with joy and are completely present, the miles take care of themselves."

She also says that she had a bad fall just 3 weeks ago that seriously hampered here training. Yet her wish to participate was just too strong, to be on the course she loves, and be with those who are trying to transcend themselves. There is a glow to her face as she says, "Miracles happen at every moment." 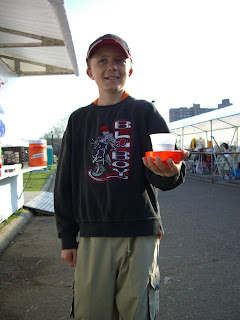 There are many new faces here this year. I come upon a young boy named Tommy who has just arrived at the race with his mom from Montreal. He is a little shy but still so eager to help by handing out water on his little tray. 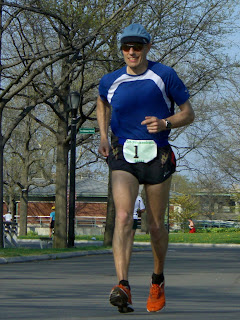 And then there is the interesting question of runner Madhupran Schwerk wearing running number 1. He, who said he was running for joy, not for miles, and to honor Sri Chinmoy. On his track side table he has pictures of those who figure prominentl 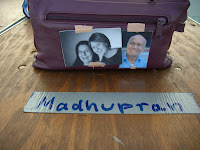 y in his life. But perhaps what he did not say to me yesterday is being said more clearly and with more assurance by the miles that seem to pass so swiftly now beneath his feet.

As I look at him in full stride he looks so powerfully different than the calm and quiet man who rode out here in my car just yesterday. Then, he spoke with such humility and simple joy. Then he even looked a bit frail, but as he goes by me again and again today, I see somebody different, then who rode and sat with me yesterday. Now I clearly see the thing in him, that burns so fiercely bright and strong. 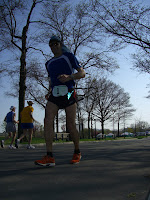 In the past he usually had a helper, but this year he runs alone.
I ask several people, what they think he will really do over the coming 10 days. Whether the absence of help will affect what he appears so tantalizingly about to do. There are many thoughts and many opinions. Someone says, that he said just a short while ago, "I do not need a helper to make a record." Tomorrow will be another story of course. The board will tell the sometimes brutal, and hopefully more often, joyous reality, about what each has succeeded to do here on this one mile loop. It cannot however ever reveal, what is happening within.

Each 10 day runner has undertaken a bold and courageous journey. One that always leads to progress and fulfillment, in one form or another. We who watch from the fringe of the track, or on the other side of the globe, can only wish and pray for their success as they set forth on this epic endeavor. One, that in a fashion goes nowhere, but round and round, on this unforgiving one mile loop. But one as well, that if we identify with, can also find meaning in the oneness and transformation that glistens high and beautiful well above the aches and pains that try to ground us to the earth.

For the first time, by the side of the track, this year there will not 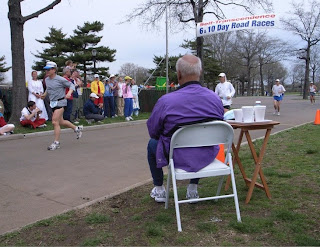 be a familiar site. The light that guided most and encouraged all will shine forth in a different way this year. The memory still burns so fiercely bright nonetheless. But that which cannot be seen, can still be felt so clearly now. Felt and treasured by all those who run, and work, and help, or just pass by with joy in their heart.
Posted by Utpal Marshall at 6:02 PM

Better than being there! I dare not imagine we might receive daily updates of this quality, but every few days would be most eagerly devoured...

Its so nice to see the runners beginning their journey, may the weather God's shine on this years race as they have done for the start!

Thank you so much Uttpal! It is so nice to see and read your interesting and detailed articles. You are doing us great service