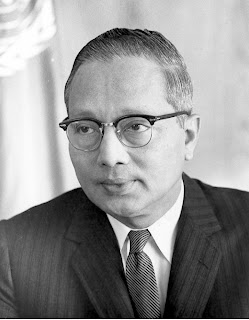 Only A Man Of Vision Can Recognise...

In a telegram, President Kennedy declared: “The election of His Excellency U Thant is a splendid achievement in which the whole world can rejoice.

“Please express the congratulations of the United States Government to the United Nations membership for their action in electing so distinguished a diplomat to succeed the late Dag Hammarskjold.

“In preserving the integrity of the office of the Secretary-General, they have reaffirmed their dedication to the U.N. Charter....As he [U Thant] begins one of the world’s most difficult jobs, he has our confidence and also our prayers.”

Mr. Zenon Rossides, Ambassador of Cyprus to the United Nations, described President Kennedy’s response to U Thant’s handling of the Cuban missile crisis: “The most dangerous of all crises since the Second World War was resolved in a manner that prompted President Kennedy to say, ‘U Thant has put the world deeply in his debt.’”


Why Secretary General U Thant is still admired by the world

The relationship between U Thant and Sri Chinmoy

U Thant was a seeker in the purest sense of the term. He reduced his bodily needs to the bare minimum. Sublime was his renunciation. Perfect was his meditation. Satisfied was the mother earth.

From U Thant to Sri Chinmoy: 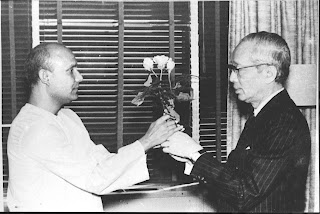 “I have been hearing about you from many, many people. Whoever speaks to me about you is all appreciation and admiration, and I personally feel that you have been doing a most significant task for the United Nations. It has been a great privilege for me to see you. Please feel my sincere respect and sincere concern for what you are doing for mankind.”
February 29th, 1972,
Meeting at the United Nations Headquarters, New York

Posted by Utpal Marshall at 5:12 PM