This is Sri Chinmoy's 100 meter race at sports day in 1976. Just prior to it you will see the fastest boys run and then it will be his race.
On his left is Shraddha. To his immediate right is Pulak and then Sunil. I do not know the time of his performance 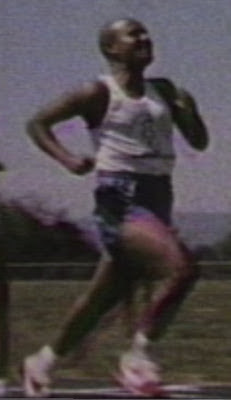 Around 4:30 in the morning I was completing my run. It was not twenty-seven miles like some of my disciples; it was only two miles.

As I was completing my two miles near the famous bus stop on 150th Street, a middle-aged white American said to me, "Man, you are a sprinter-not good for long distance!"

I thanked him and smiled at him, and he also smiled at me. See, his intuition was working so nicely!

Posted by Utpal Marshall at 5:47 PM