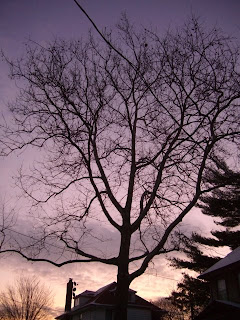 It was the kind of morning in which the soft dawn light makes just about everything a vision of beauty. I had headed out for an early run but was at first disappointed that I was leaving the house so late. I had made it just a few blocks when I came upon this tree and I somehow felt that I just had to stop.

It seemed to me almost as though this tree was asking me to take its picture. I resisted in my silly way. I thought there are much more beautiful trees than you, and besides, you have this wire strung in front. But somehow just the act of getting out my camera made me more keenly observe everything with just a little more patience and gratitude. 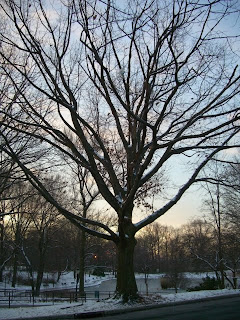 By the time I got to Goose Pond park I knew that my early morning run was about to become something quite different than I had anticipated. It became apparent very quickly that today was going to be more about observing from within and not covering distances on foot. That sometimes we have to learn to accept those special here and now moments, when fate places them in front of us. 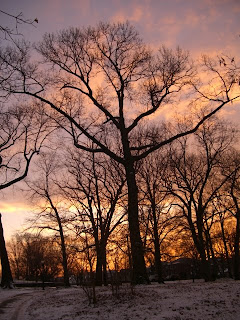 I doubt that any photograph of mine can rightly convey the almost overwhelming sense of beauty I experienced over the course of just a brief time wandering in the park.

Recently someone had written to me that they were a school teacher at the nearby high school and that they enjoyed meditating there when they weren't teaching. 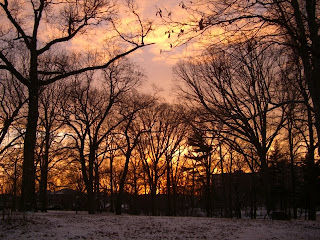 The experience I had this morning was a deep and heart felt one and I felt grateful to be able to have this all too short and precious time. It did however remind me of an experience I had when I was very young and spent my summers on my Uncle's farm.

He was a simple and down to earth man who yet had a sharp wit and was able to find humor even when his work seemed repetitive, long, hard and boring. 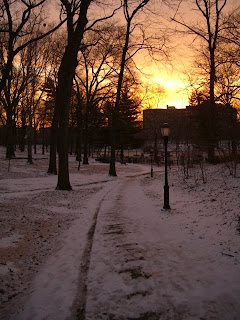 I somehow had the notion that I was more sophisticated because I came from a small city and he lived in the country. I am pretty certain that he didn't pay much attention to such things because he had more than enough wisdom and patience.

I remember one evening in the farm kitchen so clearly. The chores were done for the day and he was sitting at his chair by the table and looking out the window and there was a tremendous smile on his face. It looked as though he had just seen something incredible and called me over to be beside him and look out as well.

The window looked westward and he put his arm around my shoulder and pointed his freehand out the window at the setting sun. "Isn't that somethin," he said. "Boy what a sight." At the time I was confused by this as he probably saw the sun setting from that same seat practically every night of the year.

But as time went on I began to learn what he really meant by that affectionate arm around my shoulder and the finger pointing westward. I believe it was the first time I ever really and truly appreciated a sunset.

In a short while I will start to head out of the park when suddenly, out of the corner of my eye I see a flash of powerful sinewy white heading in my direction at a great and threatening speed. It is a pit bull and I am invoking as swiftly as I can hurried prayers for protection as he thunders in my direction. 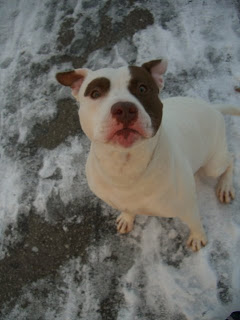 In a moment I spot his owner calling to him affectionately and also trying to remove the fear that is clearly visible in my wobbling knees. He tells the dog to sit right in front of me and I am pretending not to act scared. In a moment I am introduced to "Slate." I can't quite make out the name so the owner Paulo who is Guyanese spells it out for me, letter by letter.

Much much later after my nerves have settled I look more closely at Slate's picture and think there really isn't much meanness in his face. I do however appreciate for now seeing him much more in a photograph than sitting next to my toes. 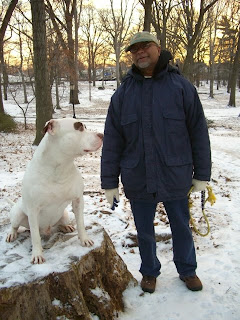 A dog is faithfulness.

If someone wants to be God's most faithful dog,

God tells him that He is his slave.

Excerpt from Rainbow-Flowers, Part 1 by Sri Chinmoy.
Posted by Utpal Marshall at 4:26 PM