Shobit Singh is our guide on this Saturday afternoon.  Sanjaya and I have taken the plunge and decided to see the sites of Delhi with as much help as we can.  Our plans are ambitious on this election day. The daylight or what remains of it will define much of what happens.

The roads are mostly clear but by the time we leave it will be nearly impossible to see all the items on our list. 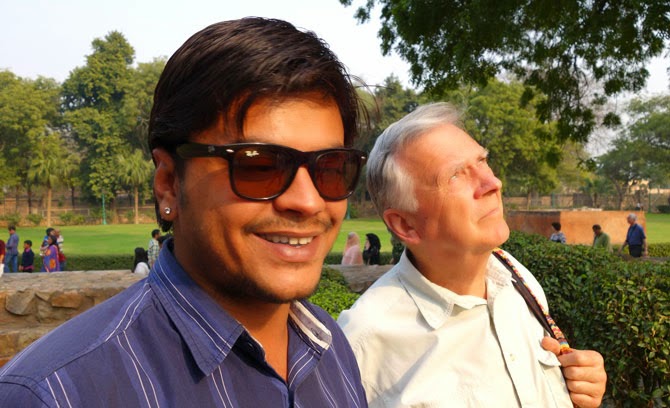 The light is quickly fading when we arrive at the Quatab Minar. 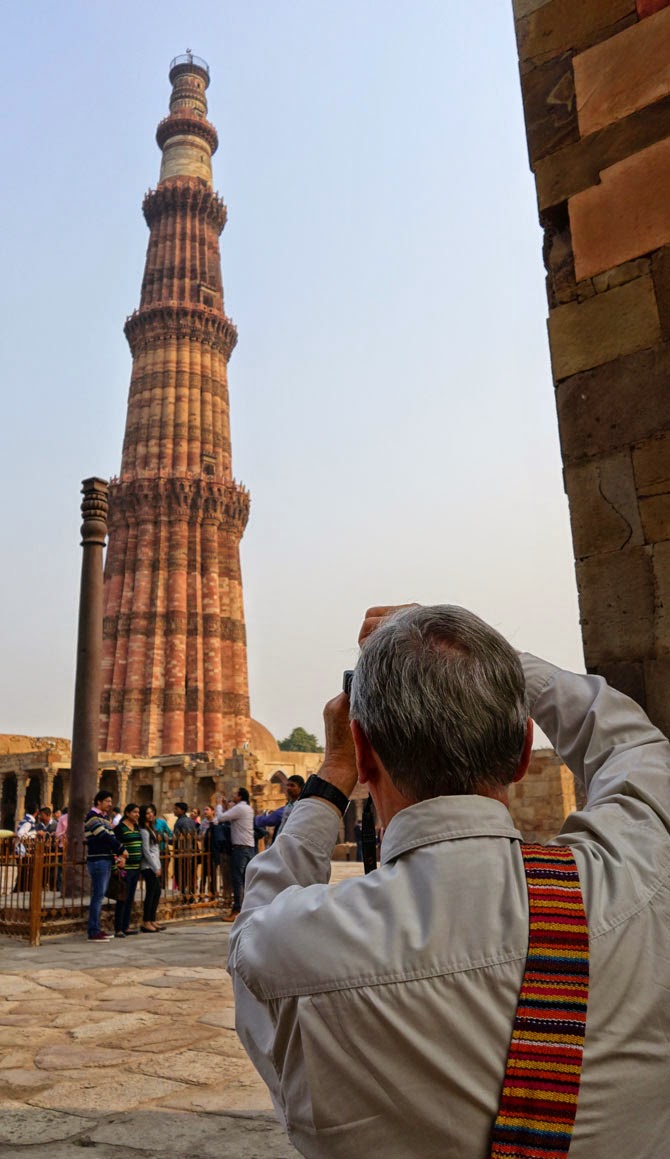 It is ancient and it is grand.  The warm afternoon light makes its sandstone blocks glow with life.   Shobit has many stories to tell about it. More than I can really appreciate.

But anything built nearly 1000 years ago has more to say then any young guide from Rajisthan can possibly tell you. 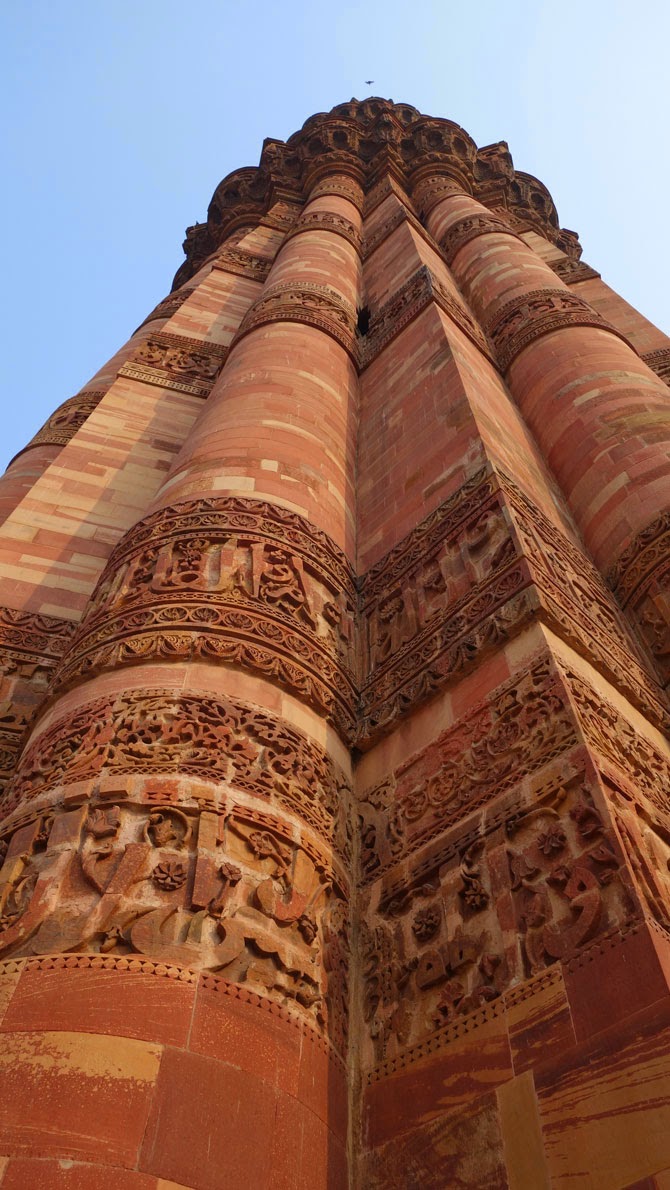 Its construction was begun by the first Muslim ruler of India, Quatab.  He was only able to build the lower foundation.  It took 2 more rulers before it was complete in 1368.

When you consider much of the rest of the world at that time, how many other countries could create a tower so beautiful and so precises as this, 73 meters tall.

Before the arrival of the Muslims there were Hindu temples here that were demolished in order to create the first great mosque of India. 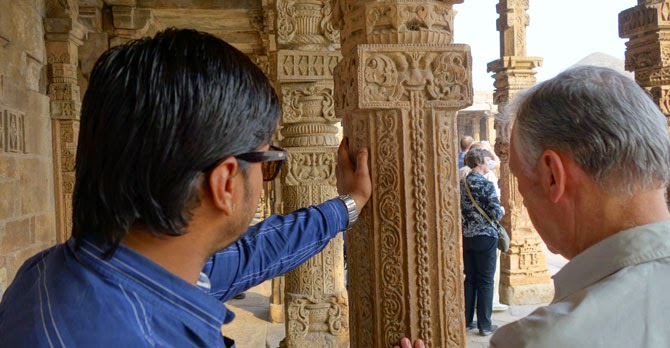 Shohib shows how the faces of the Hindu deities were defaced on the columns that support the building. No images of beings are allowed in any mosque.

There are a lot of tourists here on this election day Saturday. 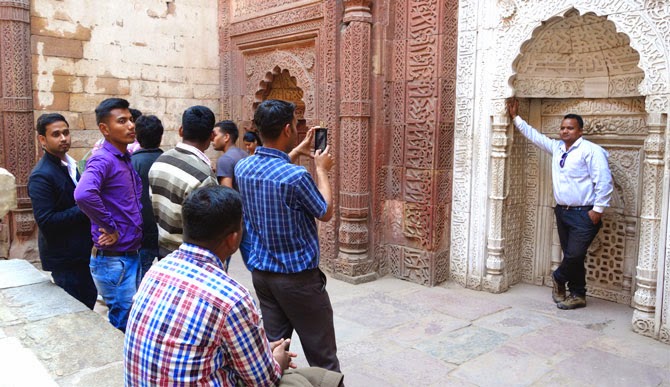 There is a famous iron pillar here that was so popular that the constant attention of people was slowly destroying it.

For good luck you had to stand against it with your back and try and touch your hands around and behind it.  The oil marks from hands and hair still stains the column. 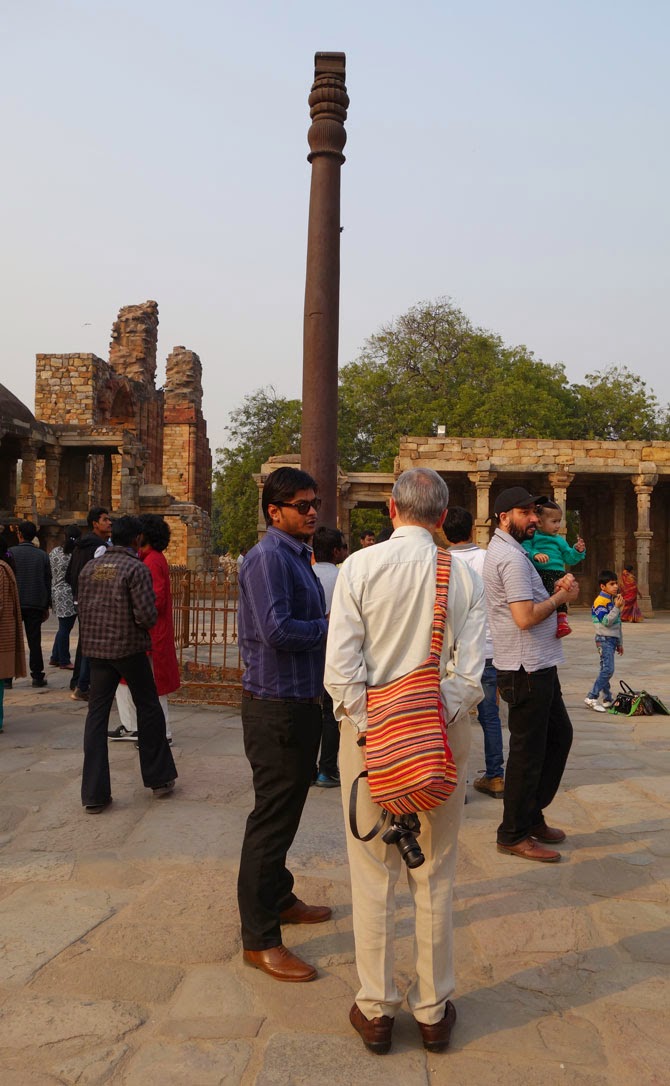 Much construction went on here over many centuries.  The British offered their own contribution in 1921 in the form of sundial named after a Archaeological surveyor for the British Army who was killed during the first world war.

He was a superb draftsmen but the contribution of the sundial to the complex looks a little peculiar.  Its Latin inscription states, "The shadow passes the light remains." 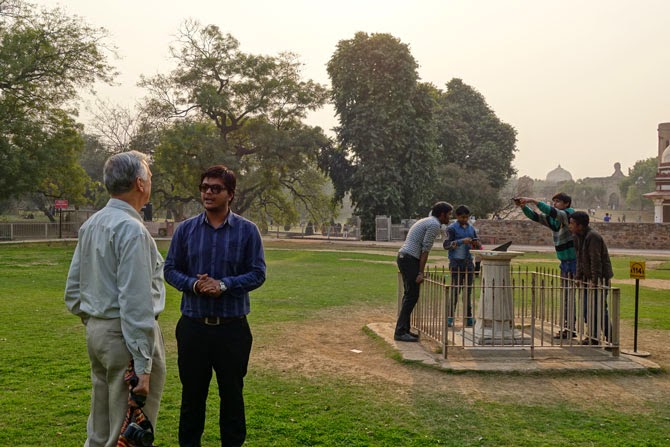 And of course the tower will remain lasting longer than any or our dreams. 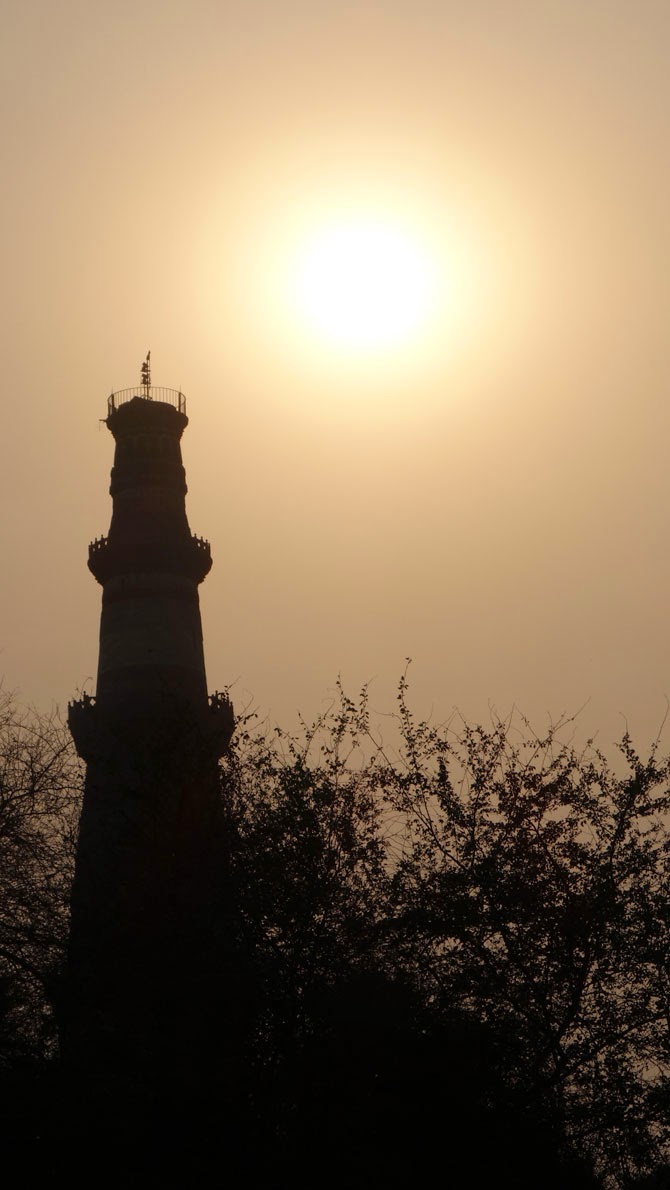 A balloon reminding people to vote bobs in the late afternoon sky. Its ambitions if any will soon pass. 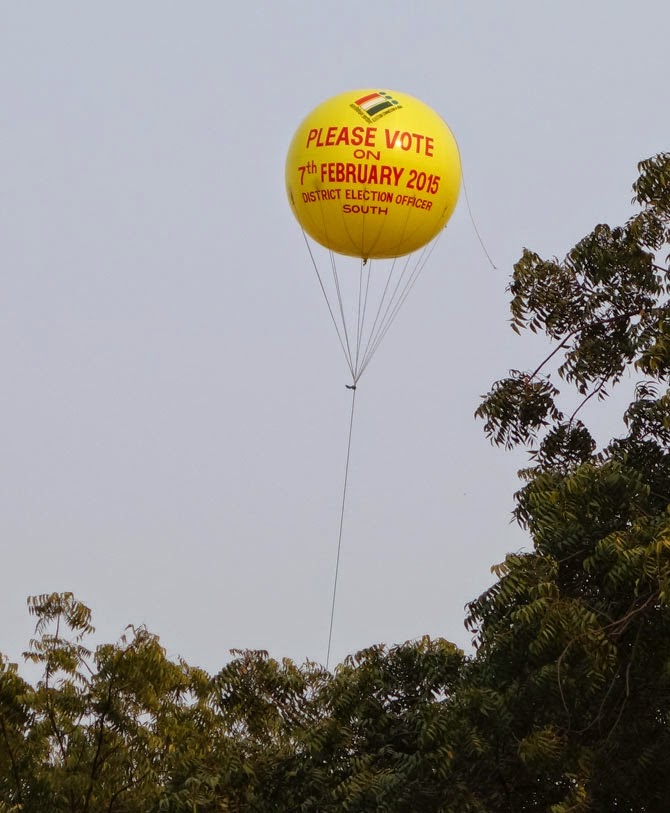 We come next to one of the great landmarks of not just New Delhi but all of India.  Now it is the Presidential palace but of course it was not constructed by India.  In 1910 when the British decided to shift the capital of India from Calcutta to Delhi they needed an appropriate residence for the viceroy.

4000 acres of land were expropriated from the outskirts of old Delhi.  Its British architect was Edwin Landseer Luytens.  He traveled back and forth each year between India and England for 20 years while it was being constructed.. 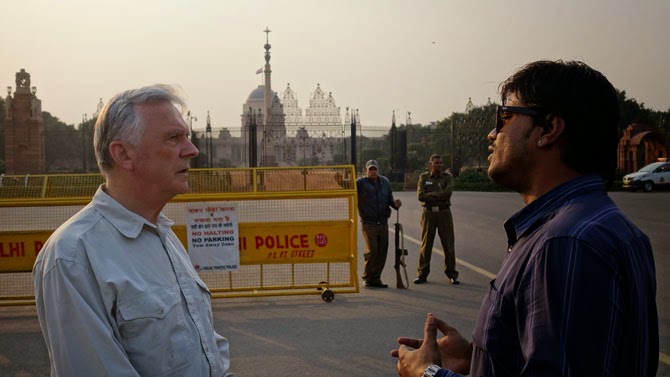 2.5 kilometers straight down the road is the gate of India. 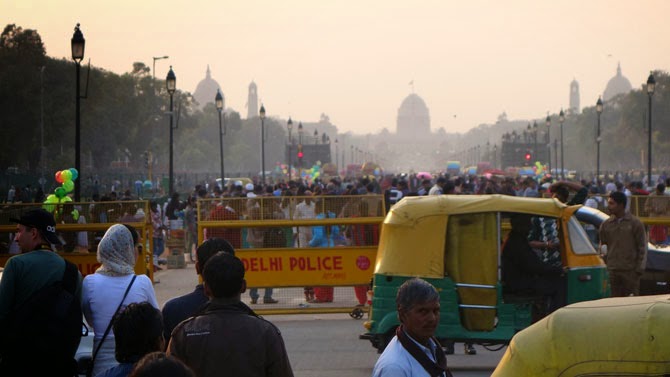 The evidence of Republic day still lines the route.  On January 26th a grand military procession proceeds up the road.  Today is a Saturday and people not much different than us come to gaze at the spectacle. 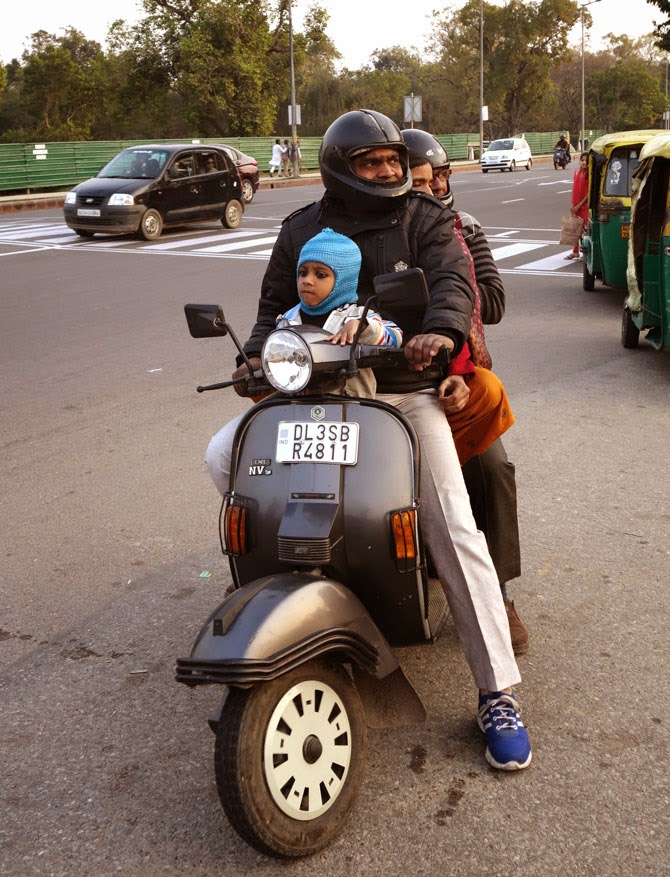 The gate of India is a memorial to all the India soldiers lost in battle during the first world war.  13,218 names are inscribed on its stones.  It was also designed by the English architect Luytens

The cornerstone was laid in 1921 and on February 12, 1931, the All India War Memorial was inaugurated by the Viceroy, who on the occasion said “ those who after us shall look upon this monument may learn in pondering its purpose something of that sacrifice and service which the names upon its walls record.” 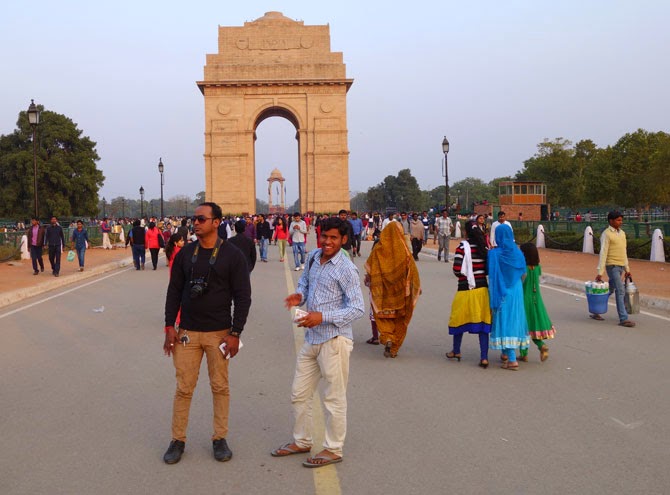 The light is going. 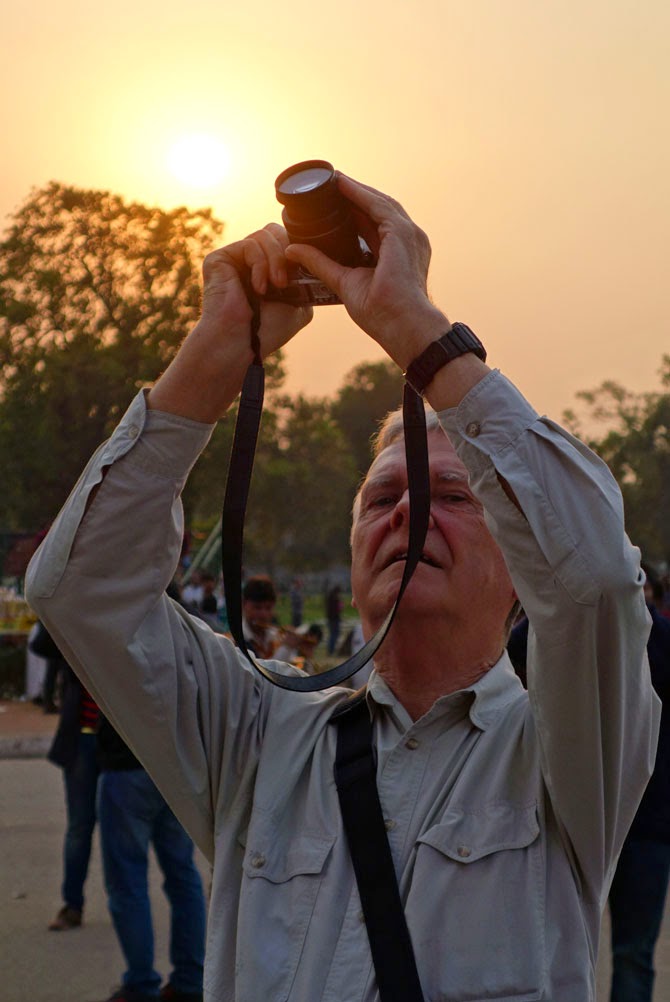 I am not sure what the Delhi police have done 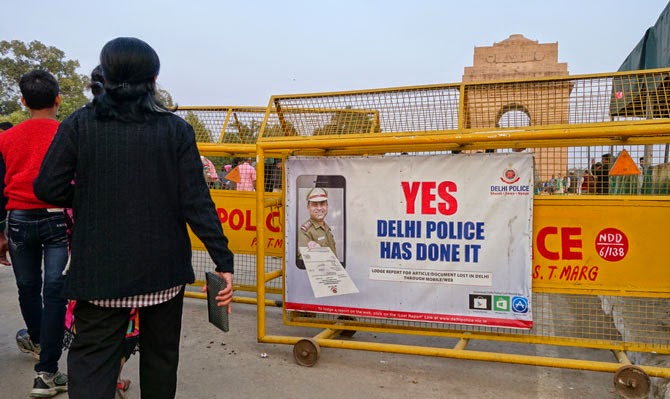 We go to the Laxminarayan temple nearby.  It is the last place that Shobhit takes us. 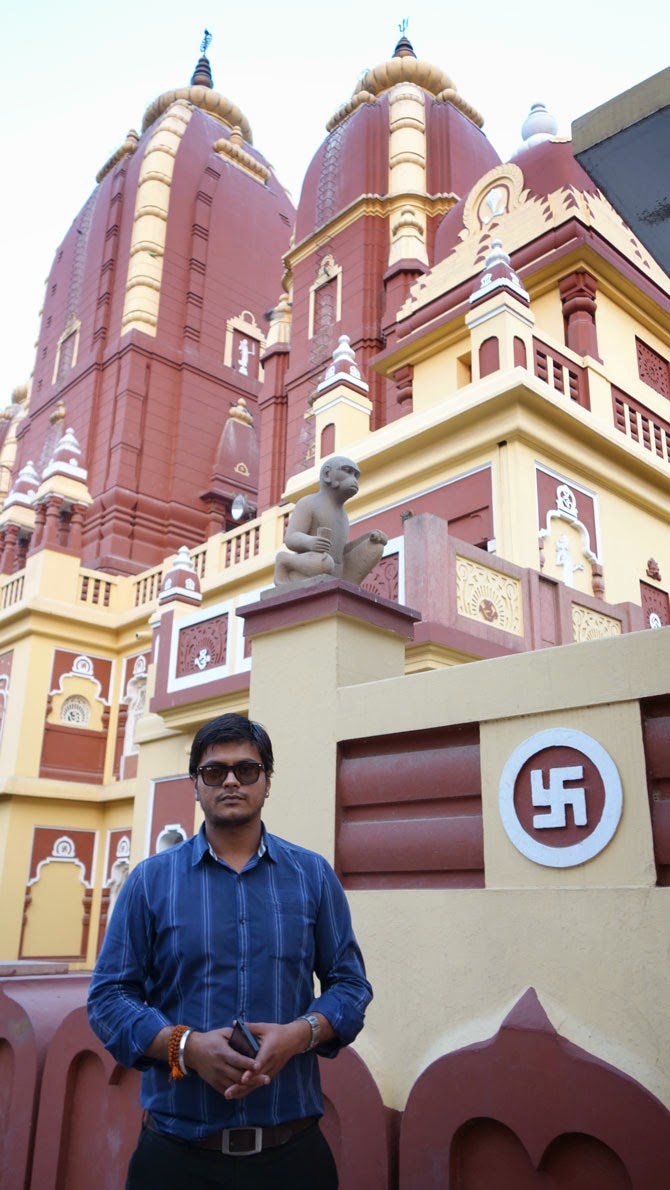 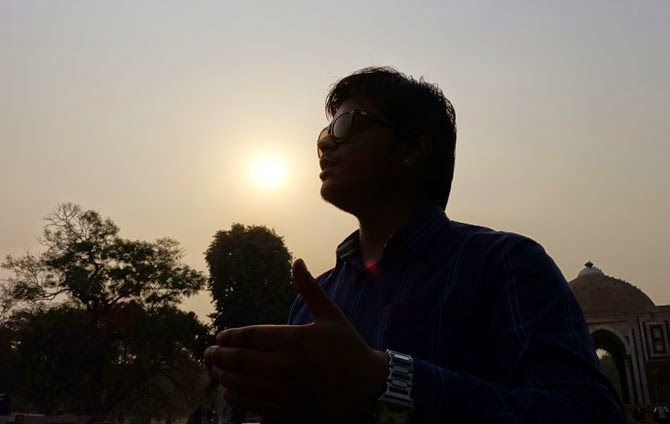